The Executive Board of Maritime Resident Doctors is elected by members in the summer of the new resident year and the board is confirmed at the Annual General Meeting, held in August. There are currently five Executive positions.

Also elected are four medical/surgical representatives and three family medicine representatives. The board members are liaisons for the many organizations and government bodies that we are associated with in the Maritimes.

Board meetings are held, with some exception, on the first Tuesday of each month in the Maritime Resident Doctors office in the Halifax Professional Centre. Meetings are catered and teleconferenced from Halifax to board members outside of the city.

Maritime Resident Doctors Board of Directors 2021-2022 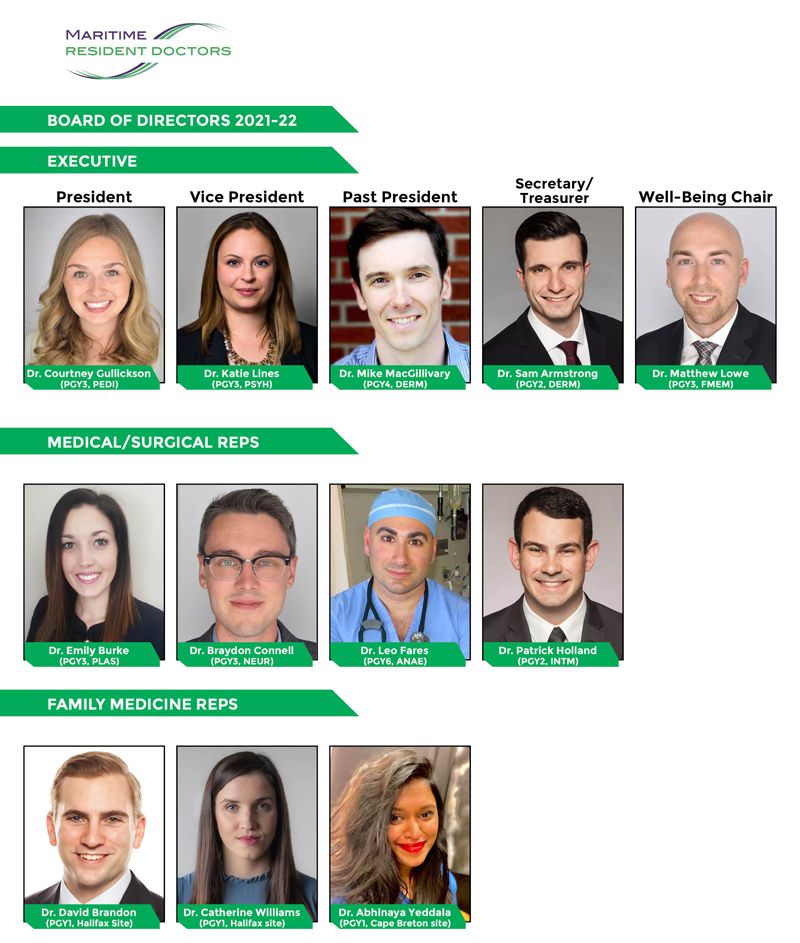