General Surgery resident competes to be Canada’s next astronaut

NOTE: This story first appeared in our Spring 2017 issue of MARDOCS, our quarterly newsletter. CLICK HERE to check out the entire issue.

You’d think Gavin Tansley has enough on his plate right now. Last summer, the general surgery resident was preparing for what was sure to be another busy year in his program. And then he picked up a new pursuit: Attempting to become Canada’s next astronaut. 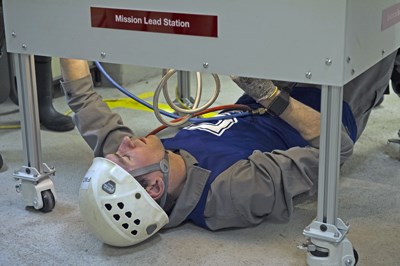 Tansley was one of nearly 4,000 applications to Canadian Space Agency’s (CSA) Astronaut Recruitment Campaign, a nationwide search to fill just two spots as Canada’s next astronauts. The field varied wildly from military test pilots to scientists.

Born in Vancouver, Tansley went to UBC for his undergrad and medical school. He also paused his residency at Dal to pursue the Clinician Investigator Program, and now holds a master’s in medical research.

The swell of applications was limited down to 72 finalists and Tansley was among them.

“The timing of the astronaut recruitment was not ideal,” Tansley admitted. “I never imagined to be embarking on the process during residency. A surgical residency is busy enough as it is. The General Surgery program has been extremely supportive, however.”

Despite the added work load, the opportunity was too good to pass up.

“My two biggest fascinations are the pursuit of new knowledge and venturing into terra ignota,” he told CSA. “Books about scientists and explorers have always filled my bookshelves. Astronauts have the unique privilege of doing both of these jobs at the same time. It would be the opportunity of a lifetime to be able to use some of the greatest human innovations to expand what we know and explore where we don’t.” 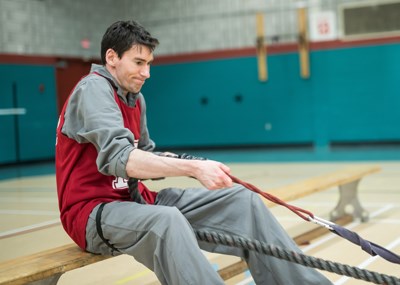 Tansley went through multiple rounds of aptitude tests with the Canadian Space Agency, surviving through the next round of cuts that whittled the prospective field down to 32. That’s where his quest would end, however, as the field was reduced to just 17 in April and Tansley was left out.

“The process was amazing,” he recalled. “Although the selection exercises have been truly unique, meeting the other candidates has been the best part. It is an amazing group of people from very diverse backgrounds. These are people that I never would’ve met in my life otherwise. Whoever the next Canadian astronauts are, I have no doubt they will do a fantastic job.”

With his future in the stars at least temporarily on hold, Tansley has two years of residency remaining, and plans to pursue further training in critical care.